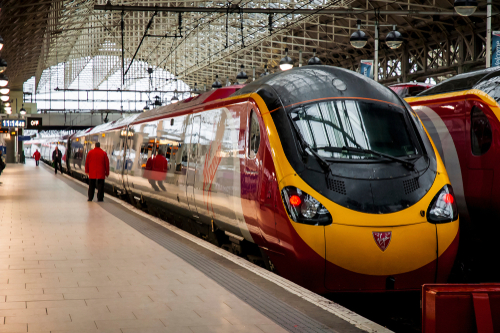 Recently, the train service giant, Virgin Trains, has announced that there have been thorough tests carried out and successfully completed with 5g broadband for its customers onboard their train carriages along the west coast mainline rail.

This test hereby stamps Virgin Trains as the first rail operator worldwide to implement 5g wifi technology on rail carriages. That’s a pretty impressive accolade if you ask me.

When 5g broadband technology becomes commercially available, of which the announcement we are all eagerly waiting, it is predicted to provide Virgin Trains passengers and customers with 5g wifi speeds that are up to 10 times faster than today’s standard wifi services that are available on carriages. And, if you have travelled on Virgin Train’s of late, you will feel that 5g on carriages is very much needed! However, for those waiting eagerly, please note that Virgin have yet to provide a timeline for when 5g broadband will become available to its passengers and customers and have reminded us that 5g-powered wifi on-board its carriages is still in the early stages of development. So, sit tight, and keep your fingers crossed - we will be!

This trial and recent developments mentioned was ran last month in November 2019 and took place on Virgin Trains services between London Euston and Manchester Piccadilly stations and London Euston and Birmingham New Street . The 5g capability and implementation were provided by Vodafone and the telemetry and control were provided by McLaren Applied.

Is Vodafone pioneering the rail network’s push for 5g broadband?

From what we can see, yes - absolutely.

Yes, Vodafone also seems to be pushing hard on the airport front for 5g broadband, too. Where earlier this year in February Vodafone brought 5g broadband to Manchester Airport.

There are other companies in the UK working hard to bring 5g wifi to train services. In February this year, train operatorFirstGroup and Blu Wireless announced a partnership to implement 5G-powered Wi-Fi this year on South Western Railway and trial services by early next year.